The history of ambulance services staffed by fire fighters

The history of ambulance services staffed by fire fighters

Providing ambulance service, staffed by fire fighters, harkens back to an earlier period in Philadelphia’s history. In the wake of the surrender of Fort Sumter, to begin the American Civil War, President Abraham Lincoln issued a call to arms on April 15, 1861. The response was overwhelming. Citizens of northern cities flocked to enlist in the Union Army, and Philadelphia’s volunteer fire fighters were no exception. It is estimated that nearly 11,000 of the city’s volunteers served in the Union Army during the course of the war.

With so many members away serving their country, the ranks of the volunteers at home were severely depleted. Nevertheless, those left at home banded together to assist with the war effort. At the time of the Civil War, Philadelphia was a major transportation hub with numerous rail lines providing service to and from the city. In addition to the rail connections, Philadelphia was also a bustling seaport. As such, it was a major transit point for the Union Army. The city was also the site of numerous hospitals, including several military hospitals. Using their own funds, members of the Southwark Hose Company purchased an ambulance to transport the wounded soldiers from the depots to these hospitals.

Other companies quickly followed Southwark’s lead. By the end of the war, there were thirty-five ambulances operating in the city. One company, Philadelphia Hose Company, borrowed a baker’s wagon to assist. Three others, Goodwill Engine Company, Philadelphia Engine Company, and Fellowship Engine Company, each operated two ambulances. The ambulances were organized for quick response by Chief Engineer David M. Lyle. The bell signal 9-6 was created indicate the arrival of the wounded. When it was transmitted three times in succession on the joker system, the ambulances would proceed to the depots to retrieve the wounded. The system worked well and undoubtedly saved many lives. At the war’s end in 1865, the ambulance service was discontinued. 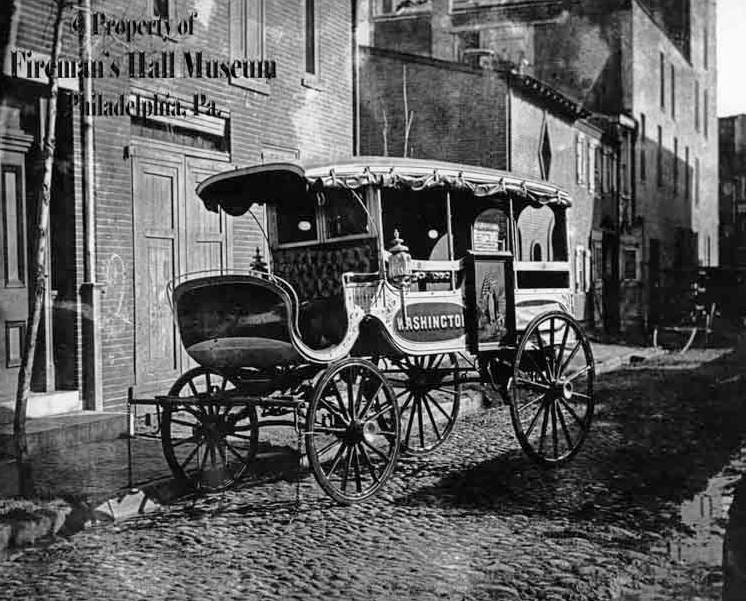