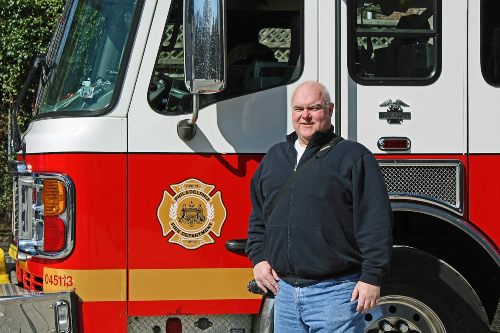 On October 14, 2007 Jack was named the official Philadelphia Fire Department Historian by Fire Commissioner Lloyd Ayers. He was the third historian to serve the museum. Jack’s research has been used by the PFD to evaluate operations and procedures.

A contributing editor for Fire Apparatus Journal, Jack was also the co-author of Hike Out, the only written history of the Philadelphia Fire Department. He also authored from Horses to Horsepower, a history of Philadelphia’s fire apparatus from 1871-2017. His work will forever be memorialized in our PFD Historian’s Blog.

Jack was the ultimate authority on the intricate details of the history of the PFD and he will be greatly missed.

Jack was the beloved son of the late Alfred, Sr. and Patricia (nee Brinkman); devoted brother of Joseph (Peggy), Robert (Gail), Alfred, Jr. (Rosemarie), and Michael (the late Lois); he also was the loving uncle of Brian (Amy), Shannon (Dave), Caitlin, Kendall, and Jackson. Jack is also survived by his aunts, uncles, and cousins.