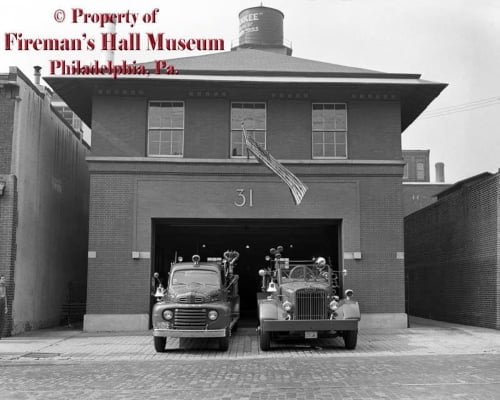 This station at 2736 North 6th Street had been home to Pipeline 2 which moved to Engine 25 on November 1, 1952. In addition, the Special Services Unit which consisted of SS 100(a 1949 Autocar) and SS 101(a 1950 Ford) which were the Chemical Unit at the time, was also housed in Engine 31’s new home. These trucks responded on all 2nd alarms, staffed by members of Engine 31.