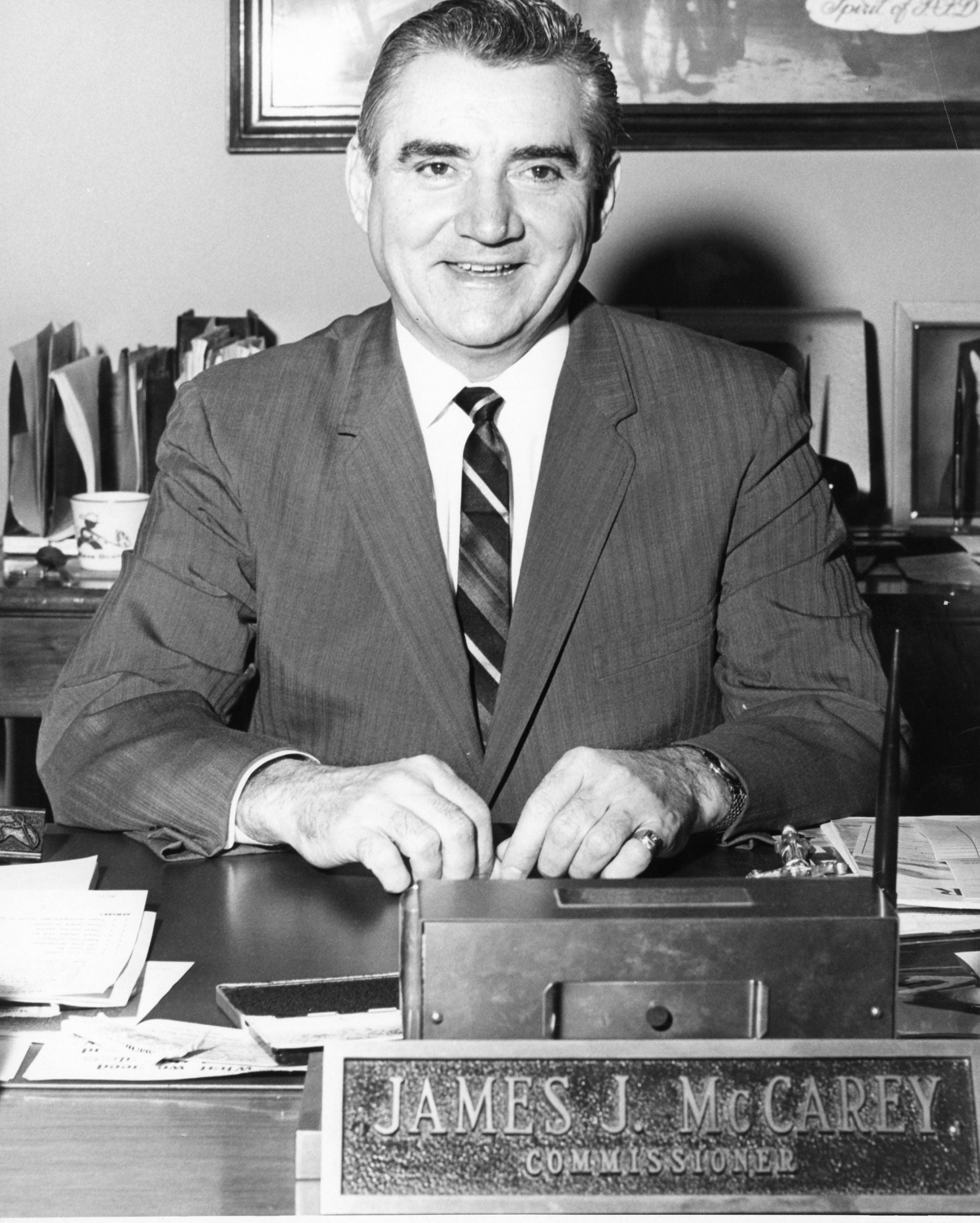 Commissioner James McCarey didn’t start his career in the fire department like a lot of firefighters. He said he never thought of city service. He took the fire exam at the urging of a friend. On January 1, 1941, he was appointed to the fire department as a hoseman, and assigned to Engine 53 at 416 Snyder Avenue (as an aside – his friend did not pass the test). With WWII raging, hoseman McCarey took a leave of absence to serve his country. He served in the 88th Division, 349th Infantry with campaigns in Italy. After completion of his service to his country, he returned to the fire department.

McCarey was the only member of the Philadelphia Fire Department to hold every rank in the department.

As Commissioner, he continued further improving the programs that he and Commissioner Hink started. This included the modernization of the department. He accelerated the station renovation and replacement program completing 30 buildings under his tenure. This had been slated as a 20-year program. He instituted the 10-year apparatus replacement program that’s still in use today. He oversaw the installation of a new Fire Communications System.  Commissioner McCarey insisted on the highest level of training not only for new recruits but for veteran firefighters as well. It was his goal for members of the department to be trained in the newest, most modern tools and scientific methods of firefighting and rescue.

One of his highest priorities was fire prevention. Philadelphia continued to lead the nation in fire safety. As a result, fire deaths in the city dropped dramatically. McCarey was instrumental in starting the first burn center in the area at St. Agnes Hospital.

Commissioner McCarey was involved in a wide range of civic and professional organizations. Including Chairman of the International Association of Fire Chiefs, Board member of the March of Dimes, the Hero Scholarship Fund and the Municipal War Veterans Association.