Commissioner Thiel became the 20th commissioner of the Philadelphia Fire Department in May 2016, and is responsible for leading its 3,000+ members in every facet of protecting the city from fires and emergencies arising from all hazards.

Thiel also serves as Director of the Philadelphia Office of Emergency Management. His 29 years of field experience spans five states; before coming to Philadelphia, he held posts including Deputy Secretary of Public Safety and Homeland Security for the Commonwealth of Virginia and Chief of the Fire Department in Alexandria, Virginia. 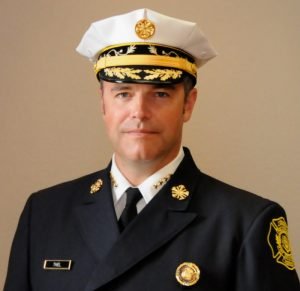