John Meskill was appointed to the department on March 25, 1886 as a hoseman at Engine Co. No. 15. Prior to joining the department he worked as a laborer. Meskill lived at 345 N. Front Street.

On April 11, 1894 Meskill was promoted to Assistant Foreman of Engine Co. No. 29. He was promoted to Foreman of Engine Co. No. 2 on March 12, 1895 and again to Assistant Engineer on May 1, 1897. When Chief Engineer Waters resigned on April 1, 1913, Samuel A. Cook was made Acting Chief Engineer of the Bureau of Fire, Cook had been recuperating at home from a duty injury. While Cook recovered, Meskill acted as Chief Engineer and when Cook resigned on October 1, 1913 he was named Acting Chief Engineer of the Bureau of Fire, a position he would hold until January 27, 1914 when he was replaced by William H. Murphy. Meskill remained on the job as a Battalion Chief fighting for fewer work week hours for the members until he resigned on December 1, 1917 closing out his career of over thirty-one years of service.

John J. Meskill was well respected by his fellow firefighters and was known for his bravery and creativity. In 1903, Meskill designed an apparatus known as the “Cannon Wagon” which was assigned to Pipeline Co. No. 1. This unit was built in the Bureau of Fire workshop and made use of the high pressure water system. It allowed a large flow of water through large brass playpipes requiring less manpower and enabling a safer mode of operation for firefighters. It was supplied with 3.5 inch diameter hose. The only existing example of this unit is displayed on the apparatus floor at Fireman’s Hall Museum.

Meskill was an active member of the Pennsylvania State Firemen’s Association for many years.

Meskill was seriously injured several times and narrowly escaped death on more than one occasion. On October 6, 1900, Meskill was badly burned on his face, limbs, and body in an explosion in a cellar at 155 N. Second Street. On Christmas Eve 1908, he was overcome by smoke after rescuing three firemen from a raging cellar fire at 1211 Market Street. He was found unconscious and near death when he was removed from the basement by firefighters. On December 6, 1910, Meskill and several firefighters fell twenty feet into burning embers when the second floor collapsed at a building fire at 1538-1542 S. Beulah Street. Firefighters ran through smoke and flames to rescue the trapped unconscious men, their clothes burning in the fire. They were removed to the street and taken to Mt. Sinai Hospital. On January 13, 1917, while attempting to locate a fire in the basement of a store located at 2350-2354 N. Front Street, Meskill was enveloped in smoke and flames and had to be dragged away by his men. Once again, narrowly escaping death.

John J. Meskill Sr. died on March 12, 1943. At the time of his death, he resided at 514 E. Gilham Street in the Lawndale section of the city. He is buried in New Cathedral Cemetery at Second and Butler Streets in Philadelphia.

It should be noted that several generations of Meskill’s have served the Philadelphia Fire Department. Meskill’s son, Captain James Meskill was killed in the line of duty on July 24, 1953.

In December of 1986, the fire department honored the Meskill family for 100 years of service to the department. Battalion Chief Michael Meskill is assigned to Battalion 12 serving the PFD today (2021). 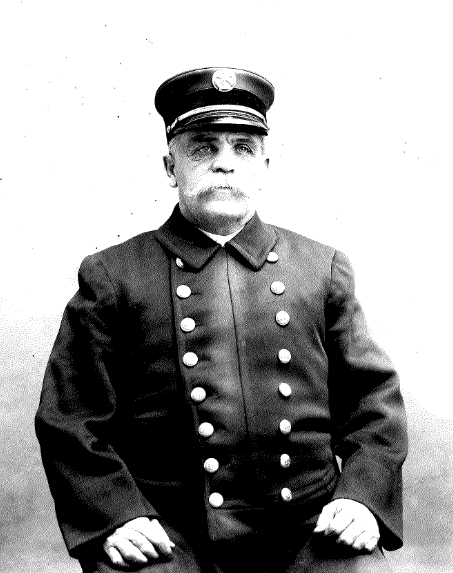 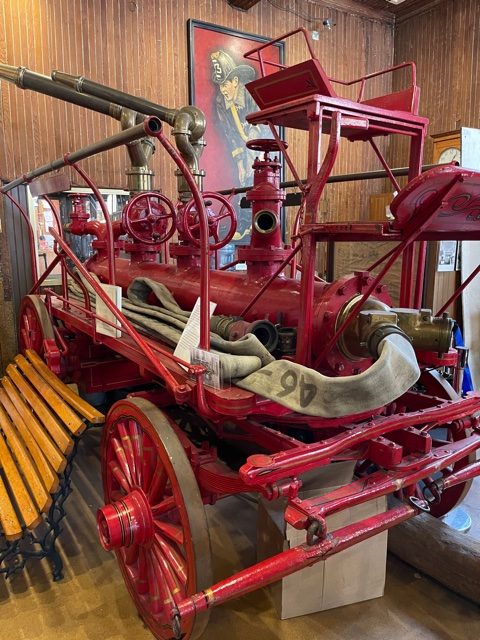 The Cannon Wagon – Displayed on the museum floor 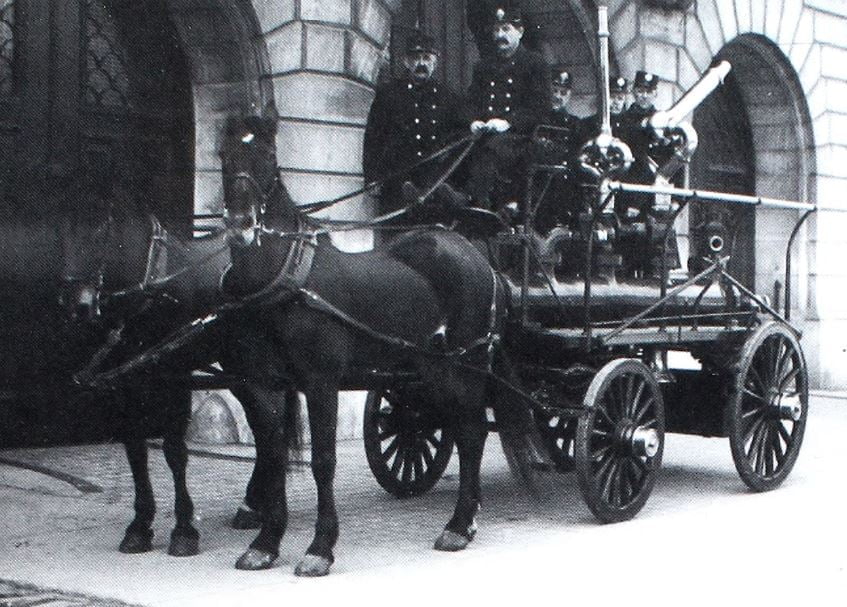