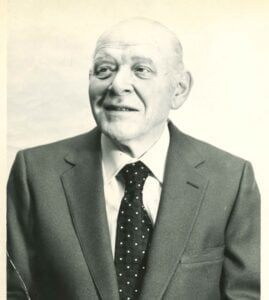 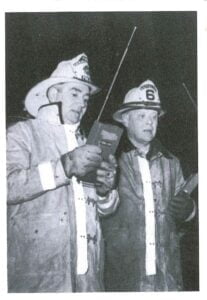 Upon his retirement Chief Burns was hired by the School District of Philadelphia as its Fire Marshall. He also headed the Philadelphia Retired Fire Officers Association for many years.

Bob Burns was a prolific writer and photographer. In addition to publishing Burns On Blazes about his years as a firefighter, he was a correspondent for Fire Engineering magazine. For over thirty years Chief Burns photographed fires and apparatus in and around the city. His slide collection is a graphic history of the department and have been used for training purposes at the Fire Academy.

At Fireman’s Hall Museum he assisted PFD Historian Jack Robrecht compile information of the department that was used in Hike Out: The History of the Philadelphia Fire Department, published in 1998. Chief Burns was an expert on apparatus, serving as a judge at parades and musters for many years.

After he retired, when he started to have health issues, his wife, Mary, would drive him to the firegrounds to photograph fires. At his funeral in 1989 Fire Commissioner Roger Ulshafer eulogized Chief Burns as “a man whose heart and soul were in the Philadelphia Fire Department.” 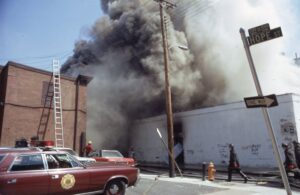 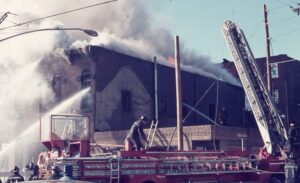 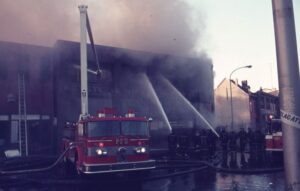 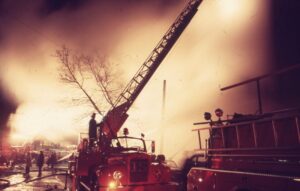 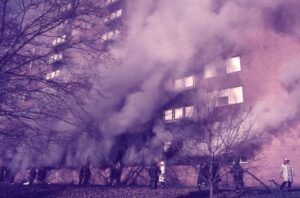 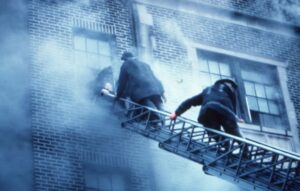 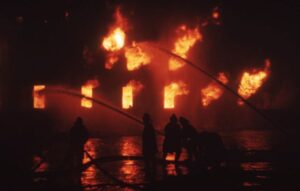 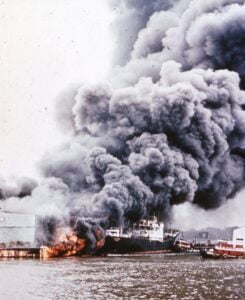 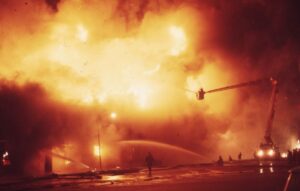 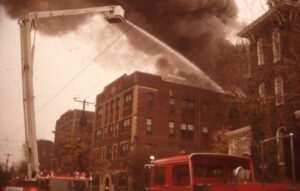 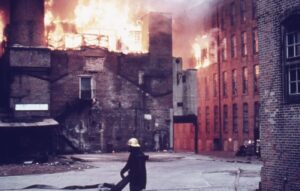 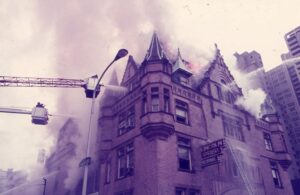 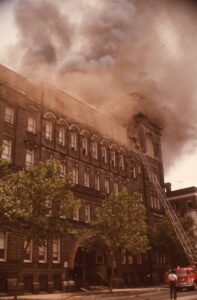 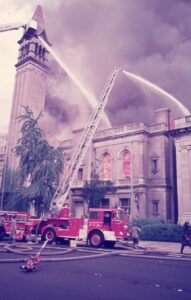