George Isaac Ferrier was appointed to the department at age twenty-six, on February 6, 1909 as a hoseman at Engine Co. No. 42. His residence was listed as 2005 E. Dauphin Street and his occupation was a weaver. He was promoted to Lieutenant of Truck Co. No. 2 on May 6, 1916 and promoted to Captain of Engine Co. No. 14 on June 4, 1918. He was attached to the Fire School in 1924 as an instructor. On August 1, 1925, Ferrier was promoted to Battalion Chief of the 4th Battalion and on March 1, 1931 he was promoted provisionally to Deputy Chief. That appointment was made permanent on March 16, 1931. He served with that rank until the position was abolished on June 16, 1933 due to economic conditions. On January 16, 1933 Ferrier was named as head of the Fire School with a rank of Battalion Chief. He held that position until March 16, 1937 when he was transferred to the 5th Battalion as Battalion Chief. He was named Acting Chief Engineer on January 1, 1941 replacing the retiring Ross B. Davis. Ferrier remained in that position until April 1, 1941 when William F. Cowden was promoted to Chief Engineer of the Bureau of Fire. On May 16, 1941, George Ferrier was reinstated as a Deputy Chief. On June 8, 1949, Ferrier was demoted to Battalion Chief at his own request. His reason was stated as continued ill-health. He remained as head of the Fire School until he resigned. He resigned (retired) on January 11, 1950 after nearly forty-one years of service to the Bureau of Fire. At the time of his retirement Ferrier had been serving as the Chief Instructor at the Fire School.

During his lengthy career, he risked his life on several occasions while fighting major fires in the city. On November 4, 1916. Lieutenant George Ferrier was thrown from the middle seat on Engine 2 when the engine crashed into a brick wall while responding to a fire. Fortunately, he landed on an awning saving him from serious injury. In 1925, Ferrier risked his life to free a paralyzed lineman from a high tension line at 5th Street at Fairmount Ave. While responding to a fire in Chestnut Hill in February 1934, Ferrier’s command vehicle skidded on ice and struck a utility pole. He was transported to Germantown Hospital for treatment of his injuries. Ferrier collapsed at a six-alarm lumberyard fire in Kensington on May 15, 1941 and was pronounced dead by a physician on the scene. Not giving up on their deputy chief, firemen, using an inhalator, succeeded in reviving him. On January 30, 1945, at a fire at the Cleveland Apartments, 2301 N. Broad Street, Ferrier was struck in the head by falling brick from the roof of the four-story structure. He escaped death on four other occasions, three of which he was buried in the debris of collapsed buildings. He was known by his fellow firefighters as “Big Six”.

In 1949, while the head of the Fire School, he stated “I was born and raised in the fire department and I intend to die in it.”

George Isaac Ferrier died at his home, 2005 E. Dauphin Street, on July 31, 1952 one day before his 69th birthday. He had lived in that address most of his life. He is buried in North Cedar Hill Cemetery, Frankford and Cheltenham Aves. in Philadelphia. 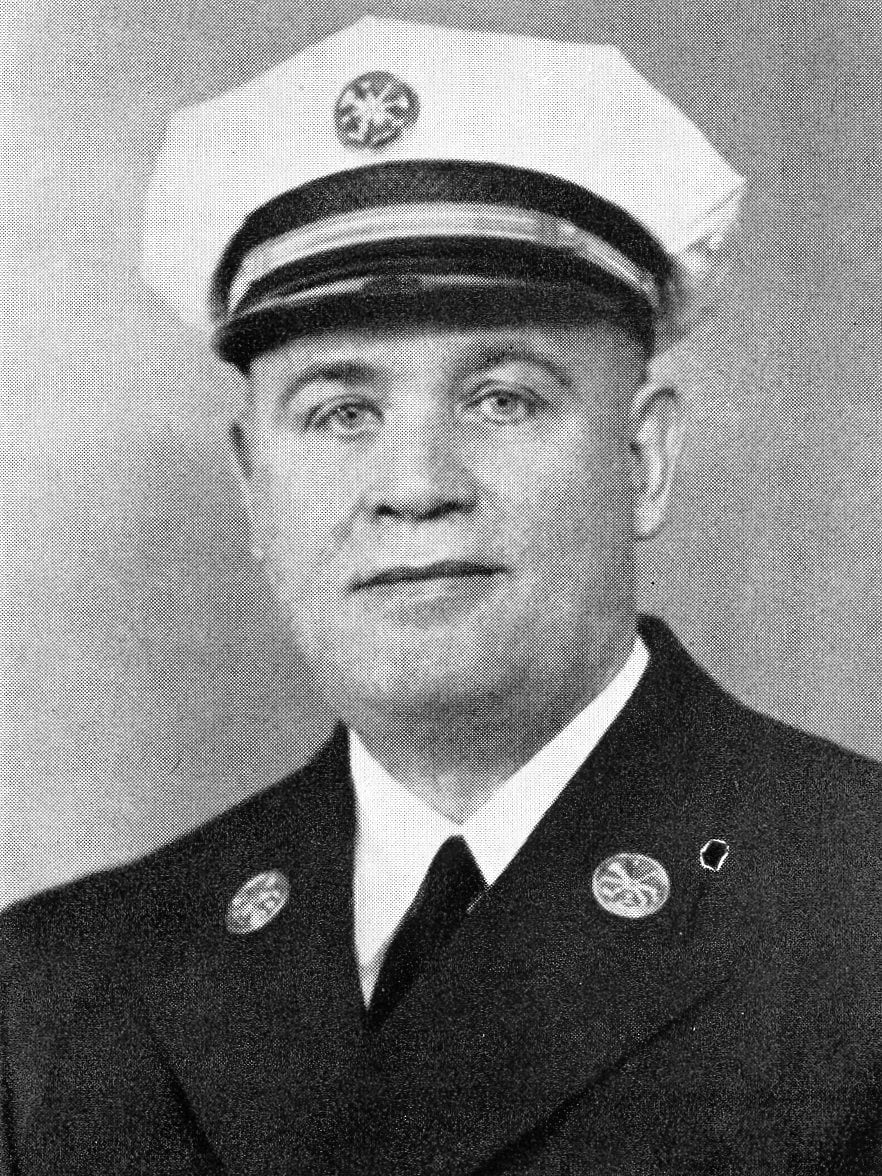